Navy pilot speaks about the tic-tac

Last Monday was the second anniversary of the New York Times article Glowing Auras and Black Money (bylines Helene Cooper, Ralph Blumenthal and Leslie Kean), reporting on two unexplained sightings by US Navy pilots over the Pacific Ocean back in 2004. The article revealed that a $22 million pentagon project, the Advanced Aerospace Threat Identification Program, had been tasked with investigating those and other reports. This blog covered the story on 19th December 2017, and a wikipedia article was created by "No Swan So Fine" two days earlier.

What, as they say, captured the public imagination was the report of "impossible" aerobatic behavior by one of the mystery objects, which was described as a "tic-tac". 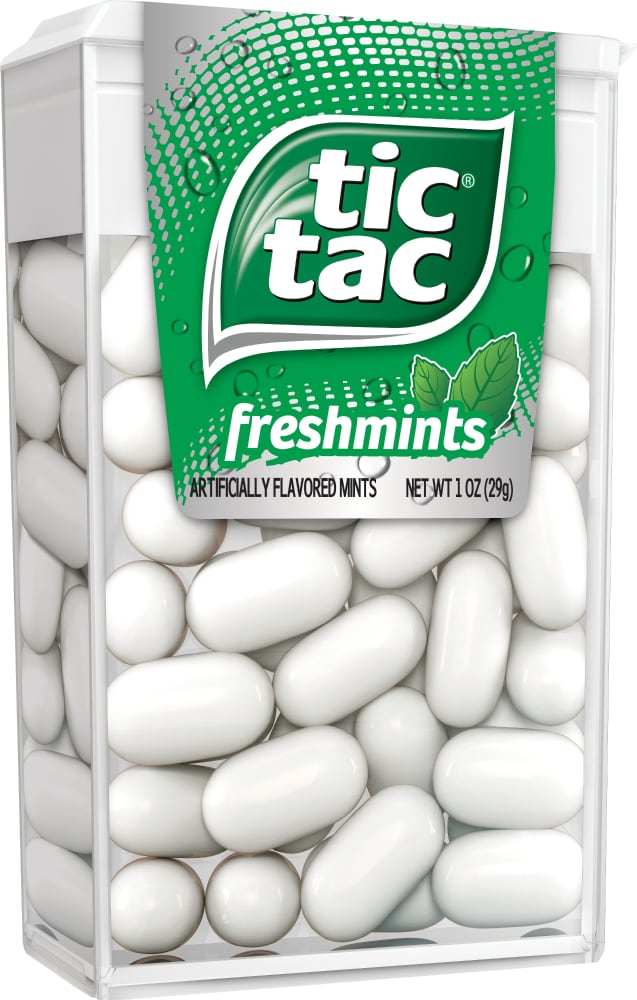 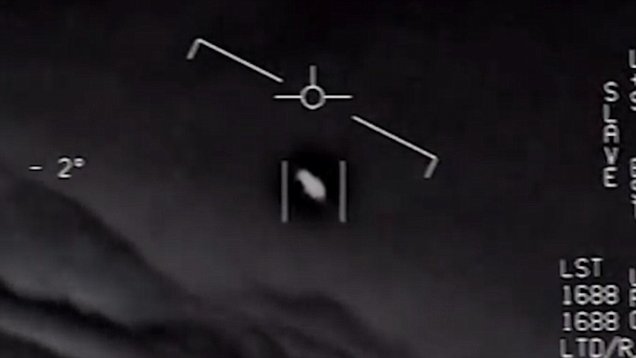 Now the navy pilot who coined  that description has told his story. In an extended interview with Matthew Phelan, published in the New York Intelligencer (an online project of New York Magazine), Chad Underwood said "It Wasn’t Behaving by the Normal Laws of Physics", but also:


"At no point did I want to speculate as to what I thought this thing was — or be associated with, you know, “alien beings” and “alien aircraft” and all that stuff. ... It is just what we call a UFO. I couldn’t identify it. It was flying. And it was an object. It’s as simple as that."

It was Underwood who recorded the now-famous video from his FLIR (forward-looking infrared) camera. The best description he and another witness, Dave Fravor, came up with was "a 40-foot-long, white, oblong shape, hovering somewhere between 15,000 and 24,000 feet in midair and exhibiting no notable exhaust from conventional propulsion sources". In the Intelligencer interview, Underwood adds:


"The thing that stood out to me the most was how erratic it was behaving. And what I mean by “erratic” is that its changes in altitude, air speed, and aspect were just unlike things that I’ve ever encountered before flying against other air targets. It was just behaving in ways that aren’t physically normal. That’s what caught my eye. Because, aircraft, whether they’re manned or unmanned, still have to obey the laws of physics. They have to have some source of lift, some source of propulsion. The Tic Tac was not doing that. It was going from like 50,000 feet to, you know, a hundred feet in like seconds, which is not possible."

The whole Intelligencer article is worth reading, but if you don't have the time, that's the gist of it.

Email ThisBlogThis!Share to TwitterShare to FacebookShare to Pinterest
Labels: ufos

How reliable is Fravor? He gave an interview to Joe Rogan, where he talked about how he enjoys pranking people on the ground while he's flying, to give them the impression they're seeing UFOs. Metabunk covered it here:

Can he be trusted?

Thanks for the comment, I didn't know about that. Since the FLIR video is public I think we can be fairly sure the tic-tac was real.

I've been saying this for quite, some time, now. I don't know if this is what encountered me or not, but these type of things move as if projections from a flashlight or laser pointer, against a wall. Following my initial encounters, the feeling I had was that they were messing with me, because they would only move when I tried to see them in the opera glasses, but years latter it occurred to me that they behave in accordance with the principals of Quantum mechanics, and Catholic reports of physical bi-location.

It's a old magicians misdirection trick. The object was not a tic tac.

They said tic tac because they didn't want anyone looking for the ginormous mothership dispenser.

Either the US Military wants US to believe that there's a threat that the American people need to give up their Rights to be protected from, or else they don't want US to know about their Secret Space Force. Strange that you guys aren't ridiculing the drunk pilots, as usual.

Expat. Been a long time. I am surprised you still doing the job,and glad to see you are fine. Best wishes for the forthcoming year. I apologize for the absence,but as you know,life is too short,and we have priorities. Thanks for the good memories.

Unky: There's a third alternative. That the Pentagon was sufficiently concerned that there may have been an unknown threat that they allocated $22 million smackeroos to an investigation, then, in 2012, closed down the project feeling that it had either achieved its objectives or that it never would.

That is, in fact, what happened. Nobody was ever talking about citizens giving up their rights.

I'm just sure that when FEMA decides to go Draconian on your ass, that they're going to be asking for permission.

Doesn't he live in the UK?

Far too many people lose sight of the meanings and interpretations of various observations or "experiences", more so these days since many are under the impression that we "know nearly everything" due to the "massive technological advancement" since they were born which seems to them to be able to detect and categorize every event, object, life, anywhere in the universe.

Add to that all the emotions associated (typically by the sensationalist press and writers) with anything we are not immediately familiar with and you have a recipe for spreading false reality with no more content than spongecake.

U, F, and O have for many decades simply referred to Unidentified (or unknown), Flying (or fu^H^H_false), and Object (or oddity)... yep, excuse the sarcasm but Society is making people with less common-sense and understanding by the day. There's certain egotistical idiots out there who understand this all too well and take advantage of it through the medium of the printed page....

Of course you are merely being facetious Patrick, to post the image of a pack of, Tic Tac Freshmints, but nevertheless, I know that in your heart, your are sarcastically ridiculing the honorable pilots.

Late, one warm July morning, with a clear blue cloudless sky, I was at the local community center, waiting for it to open. A stranger who was also there, started some small talk. After about half an hour, he changed to subject to something relevant. Smiling, he calmly directed me to look overhead.

Now, it's not unusual to see commuter airliners, such as a Dash 8, or a Bombardier Q400, routinely fly at that altitude, I've never seen a full sized jet airliner at such a low height, either before or since.

As if this wasn't unusual enough, each plane had, three white balls, flying circles around the cabin, just fore of the tail, as the jets flew forward horizontally. The
balls must have been about six feet diameter, give or take a few feet.

What the heck could those balls be doing, and how do they do that? What was creating the white trails coming from the rear of the jets? What is the chemical makeup? Why were they doing this? Who's planes are they?

I was dumbfounded. I said to the stranger that I had never seen anything like this before; that I have seen Orbs of light at night, but not opaque ones during the day do this. He said that he sees this everyday, but that most people don't, because they never look up.

The planes had left while we resumed talking. The sky had become a complete grid of white trails, which as it dissipated, created an completely overcast sky.

You can only poo poo these reports so long, Patterick, before The Orbs introduce themselves to everyone else.

« Of course you are merely being facetious Patrick, to post the image of a pack of, Tic Tac Freshmints, but nevertheless, I know that in your heart, your are sarcastically ridiculing the honorable pilots. »

Not at all. It's just that I didn't know what a tic-tac is and I thought perhaps other readers needed help visualising one too.

Here's what I'm talking about: Tic Tac Toe, board

Besides, these are much better.

No, Misti/Theadora/Orbs, the game of tic-tac-toe has absolutely nothing to do with this.

"Sometimes you've got to get down there a little closer in the weeds and look to see what's going on there." --That Dick Hoagland

What's going on here, anyways? Aren't you supposed to be a debunker, Ex-Pat? Have I missed something in this thread, or did you forget to lampoon this story?

2017 will be the year of disclosure.
HE WAS WRONG

2010 will be the year of disclosure.
HE WAS WRONG

2012 will be the year we make contact
HE WAS WRONG

Phobos is artificial
HE WAS WRONG

Vesta is artificial
HE WAS WRONG

Iapetus is artificial
HE WAS WRONG

The Port-au-Prince earthquake was at 19.5°
HE WAS WRONG

NASA is an adjunct of the DoD
HE WAS WRONG

NASA will never resolve the Shuttle ECO fuel problem because it's hyperdimensional.
HE WAS WRONG

STS-123 will be "the last Newtonian mission". Any others will be hyperdimensional, powered by torsion

I coined the phrase "On the internet, nobody knows you're a dog"
HE WAS WRONG

The Apollo 1 astronauts were murdered
HE WAS WRONG

Neil Armstrong likened himself to a parrot in his 25th anniversary speech at the White House.
HE WAS WRONG

Someone's living on the Moon.
HE WAS WRONG

Are you seeing a pattern here?

Unky: What I wish to debunk is the idea that because the tic-tac is unidentified, that means it's an extraterrestrial intelligence.

Then I take it that you accede to the notion of the breakaway civilization of Space NAZIS?

Totally NOT. Whatever made you think that?

Well, if the UFOs aren't extraterrestrial and the US Military doesn't know what they are, what else could they possibly be? Can't you tell from the pictures of them? After all, you are so certain that the photos from Cydonia aren't artificial. Shirley you don't mean to say that these images of UFOs aren't really breath mints, do you?

Perhaps you should read or re-read this blogpost.