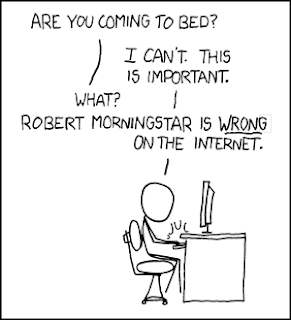 The year is not yet two weeks old, and Kerry Cassidy, professional hater of governments and world-traveler subsidized by her fans, has almost certainly nailed the prize for "Most Obtuse Blogpost of the Year."

Writing in the Project Camelot Portal yesterday, Cassidy proclaimed that the Charlie Hebdo massacre was obviously a False Flag government set-up, and asked this question:


"Among the questions that remain are who was actually killed within the offices of the paper if anyone and if they weren't killed, where are they?"

Cassidy must be the least well-informed person frequenting the blogosphere. She already took the 2014 Grand Prize for misinformation with this piece of nonsense, part of her interview with the Australian magazine Sneaky:


"Soldiers who are alleged to be going to Iraq or Afghanistan are actually being sent off planet to places like Mars to fight battles alongside other alien races. Those men and women will have their minds wiped when they come back. This is why we’re having a lot of suicides with ex-soldiers. In some cases their minds have been wiped so many times they become unbalanced as a result. When they return, they don’t know where they’ve been. They think they’ve been to the Middle East, but they’ve actually been elsewhere."

For more Cassidy drivel on the Charlie Hebdo affair, see this blogpost and its comments.

My own comments here are somewhat out of the remit of this blog, since what Kerry Cassidy practices is not so much pseudoscience as pseudo current affairs. Cassidy is a dangerous liar and the only consolation is that traffic on her blog is now extremely low, and she is continually begging for donations. I sincerely hope her operation dies for lack of funding, but -- of course -- freedom of speech applies as much to her as it did to the Charlie Hebdo victims.

Update 25 Jan:
Interviewed on The Higherside Chats a few days ago, Kerry again insisted that the whole event was stage-managed, and asked "Where are the bodies?" as if she wouldn't believe five cartoonists were dead without seeing corpses. Wasn't that gruesome picture of blood on the floor enough for her?

The hollow Moon, and the brain of Rob Shelsky

If you want to do any kind of successful spaceflight operation on, or near, the Moon, you absolutely need to know some facts about it. If you need to orbit it, land on it, and/or take off from it, the primary data you need are:

Once you have those two, it's a simple matter to figure out how much lunar gravity is available to keep your spacecraft in orbit, hold down your lander and maybe your astronauts, and resist your attempt to escape from it to get back home.  Well, NASA has done some pretty successful stunts up there over the years—not just Apollo but many photographic and scientific orbiters. The Russians have had their successes with the Luna and Lunakhod missions. The Chinese have Chang'e and the Jade Rabbit lander—the Indians have two Chandrayaan landers to their credit.

So I can tell you with 100% confidence that we know how big the Moon is and how heavy it is. Here's the data:

Since the volume of a sphere is given by 4πr3/3, it's a trivial matter to calculate:


More rubbish from George Noory
I mention this—and I repeat, this data is not guesswork but certainty—because Coast to Coast AM last night donated three hours of broadcast time to an ignoramus called Rob Shelsky. Shelsky is described as an investigative journalist. His proposition was that the Moon is hollow, and he wanted us to know that there were three pieces of evidence for this idea. The first of them was that the overall density of the Moon was much less than it could be expected to be if the whole thing was solid.

Well now, that's quite an easy factoid to check, now that we know with certainty what that density is. We happen to have, down here on Earth, 382 kg of moon rocks from Apollo, 326 grams from Luna, plus a few bits from meteorites. We can measure their density and see if the density of the whole Moon really is a surprise. People in white coats and face masks have indeed done that, and here's what they found:note 1

We can pretty much forget the breccias because by definition they are highly porous — full of air (actually vacuum, since this is the Moon.)  Then once we realize that most of the Moon is basalt, the conclusion must be that there is no reason at all to think that the Moon is hollow on the basis of its density.

The investigative Mr. Shelsky was perhaps misled by the fact that the overall density of the Moon is only six-tenths that of Earth. But that's because the Moon lacks that really heavy iron core that is siting there under our feet, giving us weight in addition to our inherent mass.

Like a bell
The second part of Shelsky's "evidence" was that, when Apollo 13's SIVB upper rocket stage was deliberately crashed into the Moon, the seismometer left there by the Apollo 12 crew reacted and went on reacting for more than 10 minutes. Clive Neal, associate professor of civil engineering and geological sciences at the University of Notre Dame, entered the annals of sound-bite history by remarking that the Moon "rang like a bell." However, that has more to do with the Moon's perfect dryness than its inherent musicalitynote 2. It is not credible evidence for the hollow Moon.

Sagan
Finally, the ill-informed Mr. Shelsky told us that even the Great Carl Sagan thought that maybe the Moon was hollow, and his co-author Ivan Shklovskii agreed. Shelsky cites Shklovskii—try saying that 12 times quickly. Wrongly, as it turns out. The booknote 3 he's thinking of speculated that Phobos, the moon of Mars, might be partly hollow. That was based on orbital data available at the time which has since been discredited. Now the error-prone Richard Hoagland is the only person who thinks Phobos is hollow, and even he would scoff at Shelsky's pseudo-data.

Would somebody please tell George Noory and Lisa Lyon, his Exec. Producer, to stop misinforming their audience? Thank you.

Try posting a comment to Mike Bara's blog today. Chances are you'll be blocked with the message

Comments are restricted to team members.


I wonder which team he means. Surely not his favorite sports teams, the Seattle Seahawks and the Manchester City football club. No, I think it just means he really doesn't want to hear any dissent from his amateur opinions. Not that he actually gets any supportive comments anyway — the last comment he allowed was from his brother Dave back in June 2014.

I found this out because I wanted to dissent mildly from his latest attack on global warming, and specifically on the widely-reported fact that 2014 was the hottest year ever, if ocean temperature is taken into account. I'm not really qualified to argue the point — I freely admit  it — but I just wanted to offer up this link — one of many that my learned friend Prof. Google told me about. Here's another one.

credit: Dana Nuccitelli
Why is Mike Bara the world-famous astronomer so set on claiming NO WARMING SINCE 1998? In my view, it's simple. The global warming meme is associated with Al Gore, and Al Gore is a Democrat. Mike Bara, as anyone who studies his tweets will know, is so hysterically hostile to the Democratic Party that he tweeted 'BIH Mario Cuomo' instead of 'RIP Mario Cuomo' last week.

I think that's childish. I think blocking all dissent from a blog is childish, too. Just my opinion.
at 4:26 PM 9 comments: