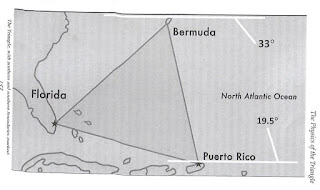 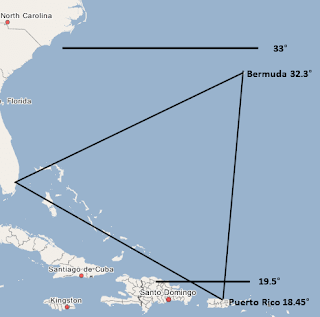 Sorry to disappoint, but the stunning hyperdimensional explanation for the triangle is just another lie.
at 12:39 PM 3 comments: 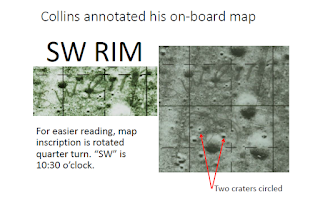 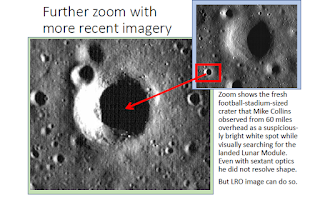 Robert Morningstar does something disgusting again

In January 2016, Robert Morningstar posted on his Faceboo page a disgusting image of a decapitated woman in a lake of blood. The accompanyhing text read:


"Islam is a religion of pieces of human beings, left scattered, with many other victims maimed across the world in the Name of Allah, the merciless and despicable, a demonic deity who demands and condones subhuman barbarity and depravity such as this."

As expat reported at the time, the image was in fact taken in an isolated village in Brazil, and depicted the crime of a frantically jealous young man who caught his girlfriend posting photos to another man on WhatsApp. Thus, it had nothing to do with Islam and was nothing but a revolting piece of propaganda.

Today, Morningstar is at it agin, reposting what purports to be an image of the bloody remains of a woman stoned to death. The caption is "Muslims rape, stone 60-year-old Christian woman to death," and the accompanying text from The Geller Report has today's date.


"Islamic terrorists from the Jihadist organization Jabhat al-Nusra stoned to death an Armenian Christian woman living in the Syrian province of Idlib. Christian and human rights groups reported over the last week that the 60-year-old Suzan Der Kirkour was found dead outside of her village, al-Yaqoubiyeh."

In fact, the image is a still from a Persian-language drama movie released in 2008. The title was "The Stoning of Soraya M". I have asked Morningstar to remove this offensive item and apologize.
at 2:49 PM No comments:

"Something told me not to return to the states on July 2nd as planned so I took a week off.. flew to a lovely island...China Lake connection to CA quake indicates man-made... Series of CA quakes to destablize grid..."

Thus Kerry Cassidy, projecting her paranoid fantasies from an Aegean beach. Do you think she'll ever provide any source citations for her outrageous statements? No, me neither. Later, she added:


"Look at this series of CA quakes to destablize grid...War underground bases, undersea ET races and more continues.. We saw LOTS of ufo traffic in clear skies over this Greek island last night... Lots going on."

Wait a minute, though... I thought Kerry was supposed to be broke, begging for donations. I'm sure she didn't use any donation money to get her to the land of moussakà and retsina (yum-yum). That would be quite unethical.

Update 10th July
Kerry, now back on US soil, has posted a guide which she claims enables her followers to tell the difference between real and man-made earthquakes. She seems sure that the recent pattern near Ridgecrest is the latter type, and suggests this as the motive:


"It may be they are building toward creating what people like to call "the big one” to take down the Greater Los Angeles area… I have seen this quake happen in my minds eye and in visions.  Why they want this I do not know.  It may be part of an overall desire to weaken the infrastructure and clear out California for further infiltration and takeover by an alien race.  This is no joke."

There's a problem with this thesis. Kerry cites several precursor phenomena in a "real" quake—cloud formations, feelings in her feet (she's an "Earth Sensitive", whatever that means), headaches, nausea, and others. But since she's been guzzling retsina and scoffing moussakà for the last week, and in the UK before that, how would she know that the Ridgecrest sequence is not real?
at 2:53 PM 3 comments:

Wrap-up of "Truth Behind the Moon Landing"

"Seeing how much time and effort was wasted to placate an idiot that is just too stupid to understand how telescopes and cameras work. This show is more or less just an indictment of the education system."

That's one of the user reviews of Truth Behind the Moon Landing on IMDB, signed "codydwyer". There are some even less polite ones. In my humble opinion "codydwyer" is one smart man, and absolutely right. The series ended last night, with Mike Bara, Leland Melvin and Chad Jenkins all fist-bumping saying "Case closed. We went to the Moon". Earlier in S1E6 the three spent a ridiculous amount of time debating why the US flag appeared to flutter on the Moon (Mythbusters did a far better job of that and, indeed, of almost everything else this sorry excuse for a TV show touched). Chasing the theory that the film and TV record was all created in Hollywood, the trio interviewed Peter Hyams, Director/Writer of Capricorn One, and Doug Trumbull, legendary visual effcts designer for 2001: A Space Odyssey among other masterpieces. Trumbull politely said that No, Kubrick wasn't hired by NASA to create a total fake. Trumbull would know.

Throughout the series Mike Bara has been promoted as the Big Skeptic, pushing all the well-known fallacies such as that Apollo couldn't have survived the Van Allen radiation belts, that the Lunar Module couldn't have landed, bla-bla-bla. But we know this is all total pretense. Not only did Bara co-author a long two-part essay titled Who Mourns for Apollo?, he also wrote not one but two book chapters using that same title and vehemently affirming the reality of Apollo (Ancient Aliens on the Moon ch.6, and Ancient Aliens and JFK ch.8—the two texts are virtually identical).

Another IMDB reviewer wrote "Is Mike Bara really that stupid? Because if it's an act...he sucks at it."

James Oberg was recently interviewed by a journalist with the delightful name Faye Flam, for an article for Bloomberg Opinion about the recent reports of UFO sightings by US Navy pilots.

Ms. Flam noted that both the New York Times and the Washington Post have both tentatively proposed that these sightings are evidence of alien visitation. She then wrote:


"But the pro-extraterrestrial visitation arguments rest on two serious errors. One is the confusion of observations with interpretations, and the other is a slight twist on an error called god of the gaps. The UFO sightings should be investigated in a scientific way, but the errors are undermining the effort.
The first error made in most of the news coverage was to claim that Navy pilots observed craft that accelerated, rose upwards or turned faster than was physically possible. But pilots can’t know any object’s speed or acceleration without knowing whether these were little things, seen close up, or bigger things, that were farther away. It’s just one clue that the vocabulary is being blurred.
James Oberg, a former NASA engineer turned space journalist, pointed out: “The bizarre events reported by Navy pilots are not ‘observations’; they are interpretations of what the raw observations might mean.” To start an investigation from a conclusion rather than from data is, he says, “a recipe for confusion and frustration and dead-ended detours.”

Stephen  Bassett is one of the foremost believers in the alien invasion and a tireless advocate of official disclosure. His org, The Paradigm Research Group, proclaims that it represents "the people's right to know the truth regarding an extraterrestrial presence engaging the human race." Another slogan is "It's not just about lights in the sky, it's about lies on the ground."


"This article's argument rests on two serious errors. One is a deep ignorance of the history of the phenomena. The other is calling on James Oberg who hasn't been right about anything since the Nixon administration".

Oberg's comment was that he took criticism from Bassett as a mark of honor.

Update:
Here's a NYT article dated 26th May this year detailing what the Navy pilots have reported. Leslie Kean, who Oberg says is clearly biased, is one of the authors.
at 10:11 AM 13 comments: