Mike Bara, the hilariously error-prone author, wrote his first book as sole author, The Choice, between March and June of 2010. The major theme was that we are all free to make the world into whatever we wish, merely by choosing. His exact words were:


Since then the world has changed to include the Islamic Caliphate sweeping through the Middle East beheading journalists; Algerian maniacs beheading a tourist; Russia invading parts of Ukraine; Israel bombing the shit out of Gaza; ebola threatening to depopulate Africa; Boko Haram threatening to do much the same; a 777 disappearing and several governments collapsing.

Who made these choices? Certainly not me. Mike Bara himself? I doubt it. Seems to me that entire book can be consigned to the bin marked POPPYCOCK.

Here's a link to my original point-by-point critique. 24 documented factual errors, and I'm sure I missed some.
at 7:47 AM 23 comments:

How can you tell if an idea is seriously, irreparably wrong? When its implications lead to completely absurd conclusions. We were treated to a beaut example of that last Thursday, the 13th anniversary of the destruction of the World Trade Center.

Bizarrely, Coast to Coast AM chose to mark the occasion by giving two hours' air time to Judy Wood, the former adjunct professor of mechanical engineering at Clemson who went totally off the rails and declared that the impacts of two fully-fueled jetliners were insufficient to bring the towers down. Instead, she says, an external directed-energy weapon turned the towers to such fine dust that they literally blew away on the wind. Her self-published book is titled Where Did the Towers Go? Evidence of Directed Free-Energy Technology on 9/11.

To be more accurate, she states that the upper 80%, approximately, of each tower was dustified. It seems to me that if that were the case, the load on the lower ~20% would have been instantly alleviated, and that portion of the towers should have been preserved undamaged. Since that demonstrably did not happen, I think it's a very serious problem for her idea.

This blog reviewed Wood's previous C2C appearance, in May 2011, contributing a very rough estimate of the total tonnage of drywall that would have been in each tower. That would certainly have dustified all right -- but the steel and concrete is another matter. Over a million tons of it was trucked out of the site altogether. But in order to make her thesis credible, Judy Wood has to persuade us that images like this don't really exist.


GN: Peter is truck driving in California. Go ahead, Peter. West of the Rockies. Go ahead Peter.

Caller: I don't know where to start. I was going to ask you, if everything was pulverized that badly, why did it take two years to haul it off one dump truck at a time?

JW: The bathtub was cleaned out by May. It's actually... it was cleaned out faster than they thought it would be [[she's right about that]]. But they would also truck in dirt. Dump it down, turn it around, take it out, bring in more dirt, dump it down... I was there in 2007, dirt was still coming in and out.

So you see where Judy's crackpot idea leads? Since according to her there was no steel and concrete wreckage, obviously the teams clearing the site had to keep up the pretense for eight months by needlessly trucking soil backwards and forwards. I think that tells us all we need to know about the woman and her theory.

Her rational wikipage has further info.
at 1:34 PM 85 comments: 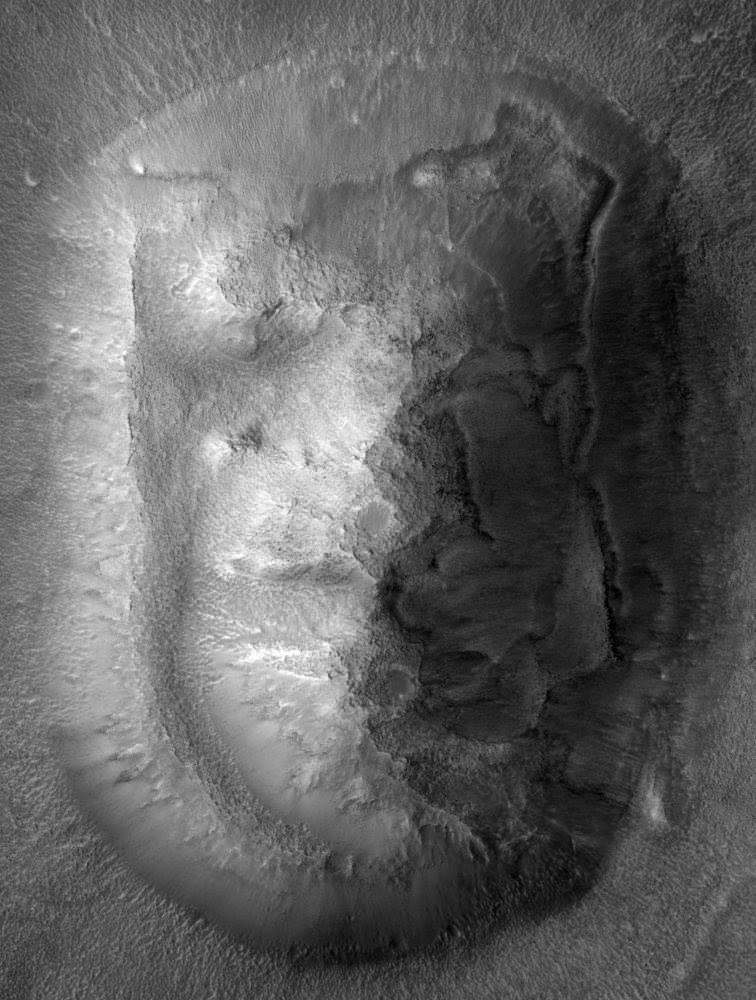 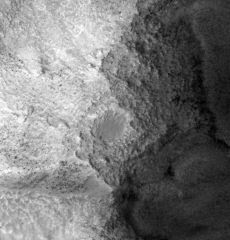 This totally fits the pattern of personal attack. Attack BY Bara ON his critics, NOT the other way round.
at 2:06 PM 4 comments:

Hoagland: They come in threes

Reports of Richard Hoagland's eternal silence, it seems, were grossly exaggerated. The self-described "Big Man" was back yesterday, for two hours on John Wells's Caravan to Midnight internet radio shownote 1. This makes it even more surprising that he hasn't been on Coast to Coast AM since late April. Speculative explanations such as mortal illness are now down in flames, so maybe there really is some bad blood around.

Anyway, back he was, and as crazy as ever. He reported progress on his new book, The Heritage of Mars: Remembering Forever, which he first announced back in November 2000, then announced again in April 2012. The progress -- "I'm working on it, hoping to have it out by 2016"note 2. Not exactly a fast worker, our Richard.

The conversation was very wide-ranging, taking in world politics as well as the "face" on Mars, the "glass" on the Moon, and other silliness. Hoagland proclaimed, as he has on several previous occasions, that we are in a "pre-disclosure" situation. His main thesis was that three separate space agencies are "leaking like crazy," and that must mean something. Here are his data points.

2. ESA - Comet 67P Churyumov-Gerasimenko. "Not a comet but an ancient space station."


John Wells just rolled over and played Noory. In other words, he lapped up this nonsense as if it were true. He didn't remark, for instance, that there is no contextual support for the "femur." Sure, it looks a bit like a human femur, but if it were, wouldn't there be other bones lying around as well? Wouldn't the house this human once lived in, the place where he went to work, be visible?

Wells didn't so much as ask how Hoagland thought he knew that 67P was a space station. Nor how publication of an image exactly as had been long anticipated could amount to "disclosure." He didn't understand image processing well enough to understand how Hoagland had manipulated the Chang'e picture to make the "glass" appear (this blog explained it back in April).

Isis
So then we moved on to world politics. Hoagland made some very strong statements about the apocalyptic threat posed by the Islamic Caliphate Army, currently rampaging through the Middle East making the heads of infidels roll.

Hard to disagree with that. But then he went off into cloud-cuckoo land over the name ISISnote 3. It won't surprise readers of this blog to know that he instantly connected it with the Egyptian god Isis. Neither he nor Wells stopped to think that a) an acronym is not a name, or b) that ISIS is only a transliteration of whatever is the arabic equivalent of Islamic State of Iraq and Syria, or c) that more recently these thugs have been referring to themselves as just the "Islamic State", implying that their brutal ambitions may stretch beyond the I and the Snote 4. Hoagland misunderstood everything to the point of saying this:

"My colleague Stan Tenen, who's been doing for 30 years amazing language studies ... he is of the opinion that what you name something is very close to its intrinsic hyperdimensional torsion field wave packet."


To me, that  sentence has no conceivable meaning. Hoagland added:

"I know this sounds like mumbo-jumbo to most people, because they haven't studied it."


He's right about that. It does sound like mumbo-jumbo. Actually it is mumbo-jumbo. Where would I study hyperdimensional torsion field wave packets, assuming I wished to?

[2] According to Hoagland, 2016 is the "key year" when all the things that didn't happen in December 2012 will really happen. He didn't say how he knows that. And I guess he forgot that he claimed that 2010 was "the year of disclosure."

[3] At one point he was playing the same game with the International Space Station, calling it IS(i)S.