Jimmy Church, guest-hosting last night on Coast to Coast AM (and interviewing that prize con-man Corey Goode, but that's another story) made an interesting comment. He said that he wasn't interested in "Disclosure." Disclosure has nothing to offer him, because "I already know they're here."

Without being specific as to time and place, he related the UFO sighting that was good enough proof for him. Accompanied by hundreds of other witnesses and a Canadian documentary film crew, he saw a very large shiny metallic sphere at a distance of about a mile rising slowly from the surface of the Earth, then accelerating and vanishing "into the solar system." This might be a garbled version of the mass sighting at the 2016 Contact in the Desert conference.Jimmy's original report of this event, when it was fresh in his mind, is here (at 01:17:48.)

Well, as I've written before, I do have some respect for Jimmy Church. He's good at what he does, unlike Richard Hoagland and George Noory. But his reaction to that event really isn't rational. The proper reaction, to my way of thinking, would be not "OOooo look, extraterrestrials!" but "WTF is that??" Being a methodical type, I'd then investigate what was over there where the object was first seen. Any type of military establishment? Anything scientific that might have released a weather balloon, say? If it was the Joshua Tree event, I think I'd show great interest in the enormous military installations at Twentynine Palms, about 10 miles due East.

Beyond that, it seems odd to me that personal conviction that "they're here" would suffice to kill any interest in disclosure. Disclosure might mean many things, but surely to be really useful it would include details of ET communications, what they look like, how they communicate, where they come from... all the stuff that charlatans like Corey Goode and Linda Moulton Howe give themselves permission to guess at.

So I don't really believe Jimmy on this. If it happened you can bet he'd be part of the mob of podcasters begging those in the know to come on his show. And by the way, I'd tune in with the greatest possible interest. I'd lap it up.
at 8:43 AM 11 comments: 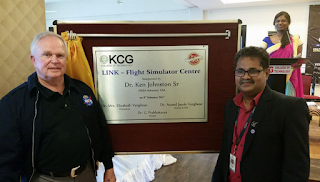 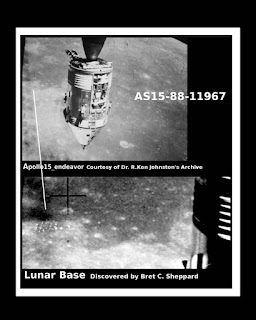 Srsly, is there ANYBODY who believes Kerry Cassidy?

In her barely-literate style, Kerry Cassidy recently commented on a couple of space hardware failures. One was the failure of nine clocks on board ESA's Galileo navsats. Each sat has four clocks, and only one of the four needs to be functioning for the system to be effective and accurate. Eighteen (of an eventual 32) units have been launched so far, and clocks have failed in eight of them.

Kerry, being utterly ignorant in matters of spacecraft engineering, wrote this:


"This recent sabotage of the 9 clocks on the satellites would seem to be a warning issued by way of an Artificial intelligence it seems to me.  Although possible targeting by craft based or particle beam weapons aimed either by a competing space program, likely run by the American side is also a possible culprit for this maneuver."


The "competing space program" would have to be either the American GPS, the Russian GLONASS or the Chinese BeiDou system (a.k.a. COMPASS.) But what possible motive would any of them have for attempting to disable a different  nav system? They serve different populations in different ways. I was going to write "There's plenty of room up there in orbit for everyone," but that may be controversial. Navsats predominantly occupy MEO (Medium Earth Orbit) centered on 20,000 kM, and there will come a point at which interference will be a problem. However, we are very far from that point right now. 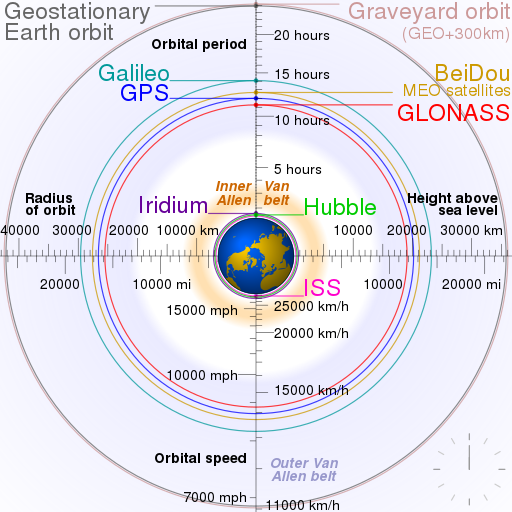 Another ESA failure also caught Kerry's attention--the crash of the Schiaparelli  EDM Mars lander last October. ExoMars is actually a joint program of ESA and Roscosmos, but to Kerry, everyone is vulnerable in the space wars:


"This is likely no accident but the result of a space war that took down the craft since we know that Mars is a planet with constant territorial disputes between at least one “ET” race and the American Secret Space Program."

"You can also see how the efforts of various countries along with the so-called commercial space endeavors by independent companies such as Elon Musk and others would pose a threat to the primary Secret Space Program operated by the Americans and their allies.  Those ‘allies’ being space races such as Reptilians, Nordics, Raptors and many others according to my whistleblowers.  The recent sabotage of the Elon Musk SpaceX launch being a case in point."

Of course, failure of Mars landers and orbiters is a not uncommon feature of solar system exploration, so nobody with any actual knowledge would have any reason to be suspicious of Schiaparelli's crash. But to a paranoid mind like Kerry's, "it seems to me" and "according to my whistleblowers" is all the evidence needed to declare anodyne reports of ESA's problems barefaced lies. What I wonder is, is anybody at all swallowing this garbage?
at 10:02 AM 8 comments: