Early today Richard Hoagland gave us all a clue to his thinking, posting this on FB:

They think that "facts" are of prime importance in solving problems. As you already know, Eintein[sic] believed -- with EXCELLENT reason --that "imagination" was Humanity's only REAL salvation--

As a spur to finding out NEW facts!

Without which, we are simply robots "going through the motions" .... :)

Hoagland's invention of "science without facts" would be impressive if it had been productive. As it goes, though, in 39 years he's produced two books both of which are riddled with errors and false assumptions, one really dreadful web site (which has now lain fallow and unloved for more than a year,) and about ten conference presentations, similarly error-strewn.
at 8:59 AM 20 comments: 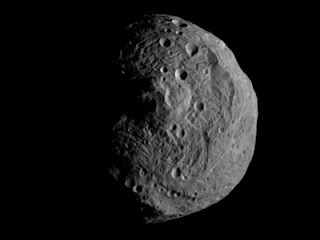 It had to be said

I'm frankly amazed that there are so many people with this mind-set that NASA/JPL/MSSS/Univ Ariz routinely withhold images and/or doctor them if they are "too interesting."

I blame Richard Hoagland. He has such a gift for persuasive speaking and he has tragically misapplied that gift in the service of his own personal anti-NASA paranoia. He could have been a wonderful teacher if only he had not decided that controversy sells books and videos.

This is my answer to those who say he's a harmless entertainer. The harm lies in the distortions of the truth that we now know he infects young minds with.

The sad thing is an unknown percentage of young people use the web for research instead of going to libraries like they should. The web's content is seriously diluted in quality by whackos with agendas, and can best be filtered by people who have already learned about the subjects using primarily off line sources like journals and books.

Many are misled by charlatans posturing as authorities and will either have to unlearn the conspiracy nonsense or remain marginalized with little prospects of contributing to our body of knowledge.

On Coast-to-Coast AM, 30 June/1 July, Richard Hoagland announced that comet Elenin is "under intelligent control—and I wouldn't say that if I didn't have the numbers to back it up."

Elenin, properly known as C/2010 X1, was discovered in December 2010 by the Russian mathematician/astronomer Leonid Elenin. Its diameter is about 4km and (notwithstanding certain hysterical New Age loonies) it is NOT Nibiru, NOT a brown dwarf, and NOT a collision threat to our planet.

So does Hoagland have the numbers to back up his extraordinary claim? Since he stopped updating his ridiculous web site about 18 months ago, and his contributions to his Facebook page are mainly confined to paranoid accusations about anyone who questions him, you have to pay to find out about those numbers.

So the first number you have to come up with is $33—the cost of a password to the Project Camelot Elenin Videoconference, held on 24th June. Hoagland was one of 6 participants, and held the stage for about 25 minutes, showing various stages of the excellent animation of Elenin's pass through the inner solar system provided by JPL. Since he developed a series of key moments, and got most of the facts wrong, let's take it stage by stage:

Hoagland's version:
There's dispute about whether Elenin's orbit is hyperbolic or elliptical (in other words, whether it's a one-time visitor or a long-period comet.) JPL says it's hyperbolic. Elenin himself says its period is 13,000 years, HALF THE PERIOD OF THE EARTH'S PRECESSION, THUS CONNECTING IT WITH THE MAYAN LONG-COUNT CALENDAR and the 2012 transformation, etc. etc. These conflicting views are "political."

The real facts:
There may have been conflicting ideas when he spoke on June 24th, but now that more observations have been made, the consensus is that Elenin's orbit is hyperbolic as it approaches perihelion, but will become elliptical with a period of 11,750 years. The Earth's precession is not 26,000 years but 25,800 years. Half of that is 12,900.

The "dispute" about the orbit, if it ever existed, was technical, not political.

Hoagland's version:
Elenin will first cross Earth's orbit on August 2nd, and be close to the solar observation spacecraft STEREO B.

The real facts:
Aug 2nd may be correct for that event. Aug 3rd is more likely. Small point.

Hoagland's version:
Elenin's closest approach to the Sun (0.482 AU) will occur on the HIGHLY SIGNIFICANT DATE of September 11th.

The real facts:
The figure 0.482 AU is correct but this event will occur on Sept 10th, not 11th. In any case, 9/11 has significance for the USA and perhaps for Saudi Arabia. The rest of the world does not especially mark it. Hoagland's analysis is ridiculously americocentric.

Hoagland's version:
On November 8th/9th, a small asteroid designated 2005 YU55 will pass within the Moon's orbit, about 325,000 km from Earth. Nov 9th is also the date of the national FEMA public-alert exercise involving all broadcast media. So, WHILE EVERYONE'S ATTENTION IS DIVERTED TO ELENIN, is some catastrophe planned by SOMEONE?

The real facts:
This analysis is even more flagrantly americocentric. The rest of the world won't give a rat's ass about the FEMA exercise. As for EVERYONE'S ATTENTION DIVERTED, by Nov 9th Elenin will be headed rapidly away from Earth, by then approaching the orbit of Mars. A close pass by 2005 YU55 is likely to get much more attention—although if you read the wikipedia page you'll see that it's no longer on the Sentry risk table.

Hoagland's version:
On the highly significant date 11/11/11, Elenin will be in exact alignment with Earth, Mercury and Venus. This is too coincidental not to have been contrived by an intelligence.

The real facts:
If you run the JPL animation forward, the alignment does seem to occur. But how exact is exact? And how significant is a date that's written in an invented notation? Ask any astronomer—planetary alignments happen all the time.

Speaking of astronomers, somebody asked on Facebook why there were no astronomers on the videoconference panel. To which Hoagland replied "What do you think I am?" I could have sworn I heard laughter, but that must have been in my imagination

So the "science adviser" of C2C has once more made a sensational, attention-seeking statement that's about as far from being scientific as can be imagined. And once more, the producers of the show couldn't care less. As long as it keeps people buying gold bars and emergency food.

And finally, if regular readers of this blog are aghast that I would pay $33 to obtain this dubious information, FEAR NOT!! A pirate version is now online.
at 9:54 AM 5 comments: