Is Richard Hoagland chanelling someone else?

Just yesterday I was transcribing Richard Hoagland saying this:

It reminded me of somebody else, and when I'd finished the (long) transcript, it came to me.

Who is that a quote from? It's none other than Sean David Morton, speaking on the notorious 2016 Conspira-Sea cruise. You can still see him on YouTube, right at the beginning of Annie Georgia Greenberg's excellent parody video. 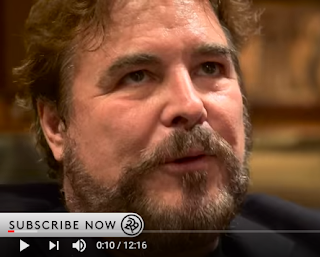 Morton and his wife were arrested as soon as the ship docked in San Pedro and, as I'm sure most readers of this blog are aware, Morton is now rotting away in the SHU of a Texas jail.

Adolescent rage
In my opinion, these delusions are a symptom of something that's an analogy of the rage and rebellion adolescents experience when they come to realize that the parents have all the power in the family, and own all the toys. I've written about that before, in connection with David Wilcock. In the case of adolescents, their perceptions are generally the truth, but in the case of Hoagland, Morton, Wilcock and all the other conspiradroids, the all-powerful cartels who own all the toys are simply imaginary.

Hoagland vs. Hogue: Word-fight at the Blogtalk Corral

The Rational-wikipedia page on John Hogue characterizes him as "a woo-meister and bullshit artist." It notes that "In a stopped clock moment of remarkable quality, Hogue had the foresight to title the biography he hosts on his website as An Idiot’s Autobiography.

Hogue himself says he's a world authority on Nostradamus, and his talents at astrology and other ephemera make him a remarkably accurate predictor of world affairs. He used to claim that he correctly predicted the outcome of the last so-many presidential elections. Since he had Clinton for 2018, he's cunningly amended that to "the last so-many presidential elections by popular vote." Har-har.

Well, of course, we know how it goes. All these clairvoyant people who appear on the media inevitably predict ghastly things in our futures. I guess they think nobody would pay any attention if they said "I've looked at the prophecies and everything's going to be hunky-dory."

Richard Hoagland had Hogue as a guest on his blogtalkradio show The Other Side of Midnight, 29th December. The on-demand public audio has just been posted, so I was able to review it (the link will probably expire in about a week). For an hour and a half, the two Hoags discussed the decade to come. We were, indeed, warned about "a decade of destruction" to include catastrophic climate change, overpopulation, famine...bla bla bla. But then things took a different turn, as Hogue (rather reluctantly, I thought,) revealed that he was not an adoring fan of RCH and his whacko ideas. It went like this:

JH: You've got it all figured out, Richard.

JH: Well, I'll tell you. I... First off, I definitely would love to see what you're saying. And all the climate change that's coming...

RCH: Have you watched what's going on in Australia lately?

RCH: Do you know why it's been Australia?

RCH: No, it's based on science, and research The hemispheres... this has nothing to do with the sun  This has to do with the physics of planetary and stellar energy sources. The problem we're facing tonight, John, is not so much greenhouse because of burning fossil fuels—it's because the physics is cyclic, and it's not cyclic together in both hemispheres. The southern hemisphere is going to be hit worse than the northern hemisphere. That's why we're seeing this incredible problem in Australia, in their northern [sic] summer. The only way out of a scientific problem is with a scientific solution. The problem is those solutions have been suppressed in decade after decade after decade, because the élites either didn't believe this was going to happen, or they really want 90% of the world to die.

JH: Richard, this is what I call, um, basically, conspiracy-itis. It is something I've dealt with.... and it's where—you know, I just have to say it for the record. I consider, as brilliant as you are, that you sometimes take a possibility and make yourself believe you have the evidence. And then, when the evidence is questioned, you perhaps do what conspiracy people do, they end up saying "Oh it's been suppressed." And, I mean, I have to go all the way back to the face on Mars. I have to go all the way back...

RCH: (laughs) What does the face on Mars have to do with 90% of the world dying because of climate change?

RCH: You have a choice, John.

RCH: You have a choice.

JH: I have.. and I chose to go there. You can throw me off, or you can let me tell it. Hey, it's your show, you wanna do that, that's fine. Wanna kick me off—that's fine. But the reason why I'm going there... it's the only way I can respond to what you've just said. Is that I have a serious problem with your research—patterns of research. I think a lot of it, in my experience, is belief-based, and, you know, all this stuff about all these phantasmagorical things being ...     I think it's a bit over-active, er, over-reactive. It's intuitive, and I have to go back to the face on Mars. I remember in the 70s, hearing you on radio, hearing you talk about all that,  and I ... and I thought "Well, I hope that's true." But when I looked at the pictures,  I wondered...   God the pictures aren't that clear. What if we...maybe  some day we need to get clearer pictures, when our technology is better, when we land on Mars. But, you know, NASA came up with the pictures, and there's no face. But all the years ....
:::
RCH: Let's go back. You looked at the latest imagery from NASA of Cydonia. And your conclusion, based on looking at the pictures—you don't see a face. Right?

JH: There is no face.

RCH: And a whole bunch of colleagues all round the world, who have invested thousands of man-hours and woman-hours in researching not only Cydonia, but all the rest of Mars, and all the other artifacts we've found, and the book we're working on, and the videos we've produced, and the briefings...

JH: Yeah, I can look at all the people from the Catholic faith, and the Moslem faith, and all the theologians who say "God exists" and all that, but the truth is unless we go on Mars ... unless we actually set foot on Mars and see these things, there's some doubt.

RCH: There's always doubt. Science is nothing if it's not, you know, prediction. The way you know it's...

JH: You've got all this army of people that agree with you.

JH: There's a lot of people who've come to the same conclusion in history, and it's been wrong.

RCH: You don't have to. Because you're attacking the essence of my science. And what I would like you to do...

JH: No, I'm attacking the essence of your belief system, which is why...

JH: The difference between you and me is that you're angry about this...

JH: Yes you are, you're angry. You're shouting at me now. If you want to be factual, be factual about what's happening between you and me right now.

You're disempowering your argument. That's what I've learned, when I get angry like this, is that it bleeds off my energy, it bleeds off my ability to argue my point because of my attachment to the point.  This is... This is not how you're going to convince me of ...of... of what you're doing, because you're getting angry, and that is disempowering.

KM: Because, you, right now, you're saying all of this is a joke.

JH: You said... Hey! Say it right! You're getting impressions that's what it is....  No, you accuse, you said "You think this is all a joke". That's you projecting on me, my friend.

RCH: John, just a couple of minutes ago you accused me of having a belief system as opposed to a scientific process.
(together)
JH: It's my feeling...

It was classic Hoagland. He was talking bullshit but doing it so eloquently that he made it sound plausible. If his sources promise hurricane control, free energy and anti-gravity, then his sources are rubbish. And my other point would be; if you can't cite your sources, it ain't science.
at 3:31 PM 15 comments: