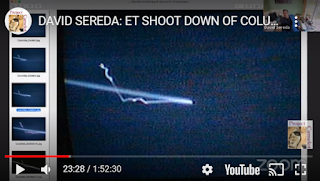 Update:
Sereda told the same fairy story on Coast to Coast AM, 7th December. Unchallenged by George Noory, of course.