Kudos to whoever managed to book Prof. Chandra Wickramasinghe onto Richard Hoagland's Other Side of Midnight chat-show, which is hanging onto the Dark Matter Digital Radio Network by its metaphorical fingernails, due to move to an as-yet unannounced new net-home at the end of next week. Wickramasinghe is exactly the right kind of guest for RCH: A respected but highly controversial scientist, working in an area (cosmology) that Hoagland has a nodding acquaintance with, and so ought to be able to ask some of the right questions.

Booking decent guests has been this show's Achilles heel right from the start. Not a lot of interesting people are willing to be interviewed from midnight to 2 a.m. Pacific, or -- even worse -- 3-5 a.m. East. Keith Laney, in the EDT zone, may be always willing, but that kind-of proves my point about "not a lot of interesting people." Of course it greatly helps if, like Wickramasinghe, you're in the UK where it's 8-10 a.m. and you're fully awake. That also applied to another recently successful guest, my former colleague James Burke.

Note that I did NOT say "my good friend James Burke," although I might have been justified in so doing. Richard Hoagland is, famously, not shy about name-dropping at all, and once he'd got over some connection problems and ascertained that he really was talking to the right cosmologist, he lit right in with (02:02) "Well an old friend of mine and yours, Arthur C. Clarke..."  (04:35) "...In addition to Arthur C. Clarke, who was a very good friend of mine, going back to my days at CBS when I was advising Walter Cronkite during the Apollo missions..." Oh Lordy, it never stops.

Anyway, as I said, Wickramasinghe was a very promising guest. Such a pity that this turned into an unmitigated, cringe-worthy disaster after only 14 minutes. Wickramasinghe was filling us in on his relationship with Fred Hoyle, and the history of the Steady-State cosmological model, when he just dropped out. Went away. Vanished. Hoagland said "Did I lose you? Dr. Wickramasinghe? Hello? I'm really getting very unhappy with Skype. I think we're going to go to a different system, because Skype is not reliable...So... let me see what I can do here... Sorry, folks, this happens with unfortunate regularity because we're using this technology...We'll obviously have to explore another technology... ummm... in the future, and we will do that. But not tonight. So... let me get rid of this particular... er... item ... I think we might have to go to some music before I can connect up with Dr. Wickramasinghe again... So, Keith, if we can do that? Put a little something on while I'm connecting my switches here... and then we will be back momentarily..." However, he was not back momentarily, or even at all that night. Not having an engineer in his "studio," the simple task of re-connecting was beyond Hoagland's skills.note 1 After eight minutes of music, we were back to the Intro and the October 24th show with Seimion and Matloff re-ran until off-air time. The Wickramasinghe show was simply purged from the show's web-site and Farcebook page. As Khruschev was declared a non-person by the Kremlin in 1964, so this was declared a non-show by Keith Rowland (owner of DMDN) and Richard Hoagland. Oh. My. God.

Well, what future for Hoagland and his chat-show? He's been dropping hints (at least it makes a change from dropping names) that "some Big Players" are interested in giving the show a home. After this fiasco, I imagine Big Players will be having Big Second Thoughts.

Thanks to Dr. Stuart Robbins for providing the audio.

Update 3 May
Well, now we know. The show moved to KCAA, an AM/FM station in the Inland Empire area east of L.A. The station rents its chat-show facilities to anyone who can pay. "Big players" my ass. 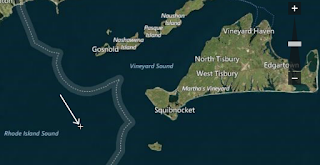 Update:
It's now more than a week since I asked Mr Morningstar to explain the altitude data. We can now safely assume that he has exercised his right to remain silent on that question.
at 8:41 AM 14 comments: