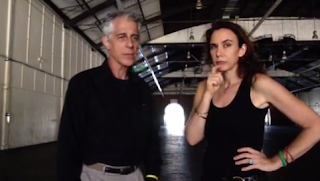 
Thanks to Carolb for additional info.
at 2:13 PM

If these towers had the same ratios as even the skinniest Earth base towers of significant height, then these would have been visible to pretty much any amateur telescope ever pointed at the moon, especially given that they're are "all over it"


Sorry about the noise, it's just me banging my head on the desk.

The thing that I do not understand is why it took until Apollo 17 to decide that it was best not to return. As soon as I saw the 100 mile tower, moon bases, a space station 166 miles wide, and all the other things that Morningstar reports, I would have thought twice about going back until I was better prepared. But we kept at it, and even went down to the surface with comparatively primitive missions. In fact, we know from the Apollo 20 YouTube videos that we weren't too scared to secretly go back and explore the crashed space ship. What does Morningstar say about that? Or about Hoagland's view that the structures are actually ancient? Let's not forget what John Lear says about it all. It all gets so complicated, especially if you factor the secret space program into it all, which Morningstar must know about since he went to the conference that proved beyond a doubt that the secret has not been kept very well. But I guess that since the real space program is secret, there was no need to continue with Apollo.

Glass skyscrapers on the surface of a moon covered in craters from impacts. Skyscrapers - those things humans build in heavily populated areas when land is at a premium. Only on the moon. 100 mile skyscrapers made of special glass - wonder how much stress the base would be under with 100 miles of glass above it.

A child would be able to debunk this imbecility.

Morningstar was on OSOM today. He was using images scanned from a television set and "analysing" them. What a clownhat. Image analysis expert my arse.