Poor Mike. First, in a blog-post on 14th October, he was fooled by Luna Cognita's utterly misleading video about the so-called Stand-up EVA on Apollo 12. It never happened, as James Concannon explained right here. And btw, Mike still hasn't delivered on his promise to tell us what the Apollo 12 astronauts "were really looking for."

Next, on 6th November, he made a total fool of himself by declaring that the Sol 3720 image from the Opportunity rover on Mars is a valve handle. He even showed us one in case we've never seen a valve. 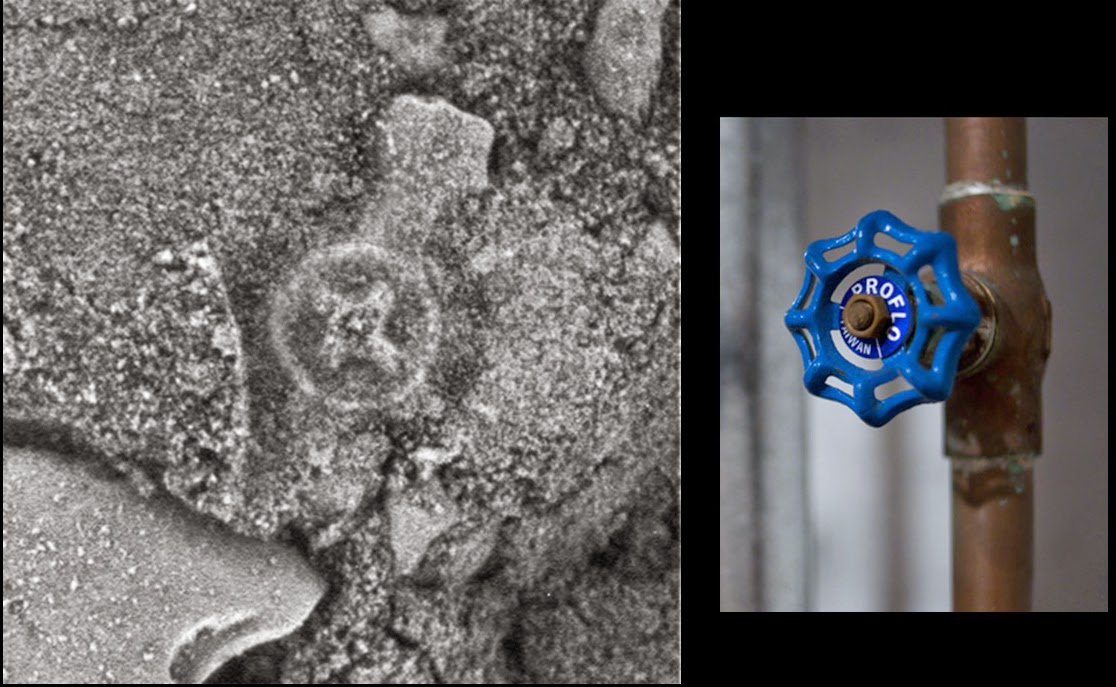 As Mick West of Metabunk explained on 23rd October, the "valve" is in fact the impression of a Phillips-head screw in the casing of Opportunity's x-ray spectrometer. The head of the instrument is pressed firmly into the dirt in order to get a good reading. 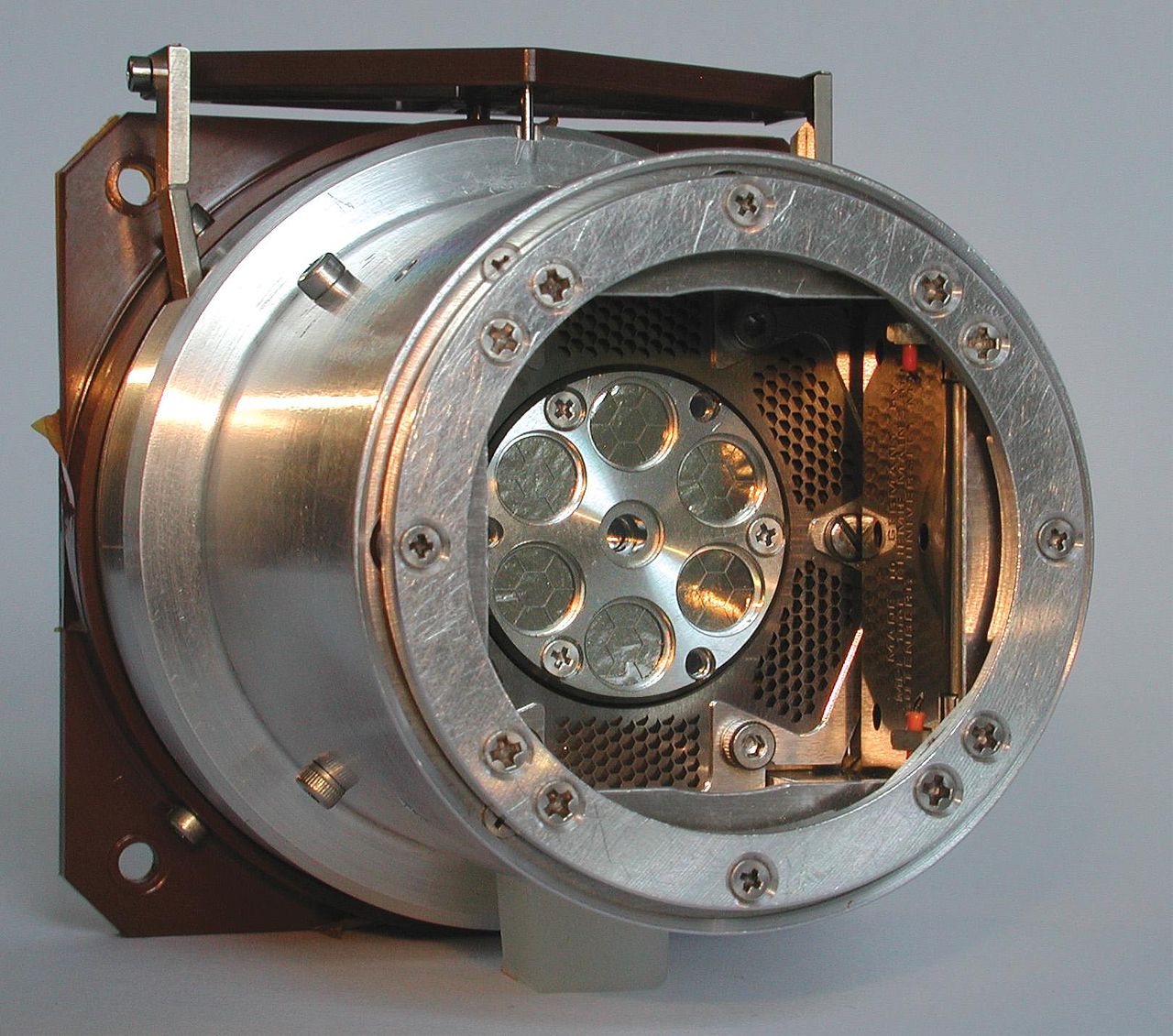 The image was acquired by the Atacama Large Millimeter/submillimeter Array, and it shows a protoplanetary disc around the young star HL Tauri, about 450 light-years from us in our home galaxy the Milky Way. In other words, we are seeing here a process that Mike Bara the world-famous astronomer has said does not happen. Bara, following the late Tom Van Flandern, has written that planets do not accrete from rings around a forming star, but are flung off in pairs after the star has completely formed. Van Flandern called this process solar fission.

Blogging on 26th August last year, Bara hilariously cited the observation of a single exoplanet GJ 504b as good support for solar fission. As I wrote at the time, that's like somebody who believes there are two Moons circling Earth watching a single Moonrise and saying "See? That fits my theory perfectly!"
at 8:17 AM

1) He's yet again fallen into the trap of seeing a pattern and naively linking it to some familiar earthly object with no idea of scale from the photo. This is no better than an infant crying in the night because the wallpaper looked like a monster. It's absolutely pathetic.

Mike, at least your brother had the decency to class his writing as fiction. You could learn a lot from him.

I always found the idea totally daft that NASA would hide evidence of life for any reason whatsoever. Why?
Because of some Brookings Report from 1959?
Because riots would break out in every city in the world if people found out there was life on Mars?

Personally, I couldn't care less (unless of course they were advanced like in War of the Worlds and decided to invade but I'm not losing sleep over that one).

Did it ever occur to the Conspiracy Community that such a discovery might actually INCREASE public interest in NASA and INCREASE their budget?

It's a bit like the Apollo 1 fire. Did NASA destroy their biggest rocket to date, and risk losing all their funding and getting the entire space program cancelled, just to kill 3 astronauts who knew the same stuff that over 10,000 people on the ground already knew? Wouldn't a car accident have been cheaper?

And again, wouldn't the discovery of alien cities on the Moon INCREASE NASA's budget and the public's interest in space exploration?

It never fails to amaze me how Bara never seems to realize the inconsistencies in seeing his pareidolic objects through the eyes of a 20th/21st century observer. If the technology had existed, and these missions had taken place only a hundred years ago, I wonder what he'd be calling his valves, his projector, his theme restaurant, his satellite dishes, etc?

If these objects were real, they'd be recognized for what they really are, not what the culture of the observes thinks they are. He never seems to see this.

That is so typical Bara. So hilariously wrong. Once again he wets his panties and runs with something he can shoehorn into his wacky ideas. Research as ever does not matter to Bara.

Has anyone ever had the stomach :-) to watch the scripted crap discovery science documentary series " Uncovering Aliens " ?

In it, Mikey-boy is the self proclaimed expert sceptic...yep..thats right...the sceptic...and every few minutes or so he is going on about how skeptical he is and that he wants proof...hard scientific proof or else..

To me he looks more like a bad clone of Eric Cartman from Southpark how doesn't know when to shut up :-)

So anyone...if you have the stomach for it :-) try and watch a piece of the aforementioned documentary.

Btw...is it at all allowed to called it a documentary when characters like Mike Cartman Bara in it :-) ??

I watched the first one, yeah it's dreck. I know Mike was counting on a second series, but that doesn't seem likely now.

As I wrote at the time, I don't object to his "stardom" in fake documentaries because the more time he spends doing that, the less time he has to maul science.

Anonymous said, "To me he looks more like a bad clone of Eric Cartman from Southpark."