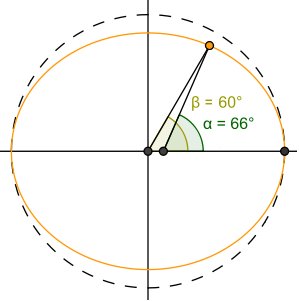 Should we allow Hoagland some latitude for error? I say no — he's just a liar.
at 7:17 AM

Wow, i hope Mr. Hoagland recognizes the errors of his calculations. I guess his expertise lies more within the study of terrestrial and vibrational magnetic earth frequencies that has nothing (everything)to do with the physical calculations of the changing spherical nature of the earth. Hmm...what a one sided guy

Thanks for the comment, anon. Actually, Richard Hoagland's expertise lies purely in the realm of public speaking. He's an extremely eloquent advocate of propositions that are sheer poppycock.

Let's look at the North and South Latitudes of the Sunspots on the Sun right now:

It is a Load in a Circuit.

Maybe it takes a hundred years, perhaps in another hundred we'll get Men back to soundstages that resemble the Moon ...

I can't help having a slight giggle over the fact that Mike Bara's best buddy Sean David Morton has been exposed as the fraud we always knew he was.

Someone should ask Coast to Coast AM about Sean! You should come up a bogus reason for the call screener.

Ed Dames is another Epic failure. He was/is a Remote Viewer who used to be a regular on C2C. He was cooked up by the Military to come up with "evidence" in the Lockerbie case.

Yes, speaking of "latitude for error," the only thing more comical than Ed Dames' remote viewings is George Noory's ludicrous interpretations of them. "Wow, Ed!! You correctly predicted that Steve Fosset would be found -- and what's more he was found only 75 miles from where you said. A hit!!!"

I was reading The Lightbringer Blog, just for larfs !

I have an Idea - I'll write a book about how "Writing Books about a Secret" is a secret path to Riches - you know, acquiring "stuff" will make you joyous !

This guy says he's an RCH associate involved in a Secret Space Navy. No JPEG's of Space stuff have ever surfaced there, only illustrations from Sci-Fi Comics !

He also told me that a F-15 Eagle could get into orbit, just getting back down was a problem...

What a goddamn liar !

Yes, people are asking questions about those hoaxers, I mean heroes. They may have to come clean some day !

Will you buy the new edition of Dark Mission ?

I want to see what's in it first

Poll Closed due to raging embarrassment !

Of the military shuttle, they are as differently configured as a military hummer would, mission specific to generic. These things exist – and in greater number than you would think. The Army has at least three that I know of – know of as in seen with my own eyes. The Navy probably has at least twenty, only DOD knows how many the Air Force has. There are several variants. Some are closed with bomb bay doors instead of payload doors. Some have VTOL capability. Some are completely sealed and are used primarily for transportation. The newer variants have a split tail, flatter overall height and squat landing gear. Almost all have a large gyroscope(s) in the front. I’m no scientist but apparently it helps in high speed maneuvers in space.

He gets away with this lie by saying "they're launched from Alaska". No LAUNCH PLUMES have ever been seen ! He sometimes writes that these Shuttles are launched by a "roller-coaster thingy". This would kill all the Astronauts on board, maybe that's why he doesn't say that now !

If you are reading this, Sword, you idiot - I DEMAND THAT YOU STOP LYING !!

Repent, it will make you feel better !
How many people believe your crap ? I know theiantruouo does, but he is weak-minded and scatter-brained.

I'm waiting patiently to nominate Sword for the Nobel Prize in Physics.

He said that Gravity Plating was perfected by his Space Cadet unit. Of course, I know that Gravity is a Great Mystery today to ALL Physicists.

The simpler explanation is that he LIED about this, and CONTINUES to LIE every god-damned day !!