Another setback for solar fission

Today Mike Bara will no doubt be studiously ignoring the report in New Scientist that Stephanie Sallum et al. of the University of Arizona have actually observed planetary accretion around a distant star.

The star is LkCa 15, and the observation was done using the Magellan Adaptive Optics System in Atacama, Chile, and the Large Binocular Telescope in Arizona. 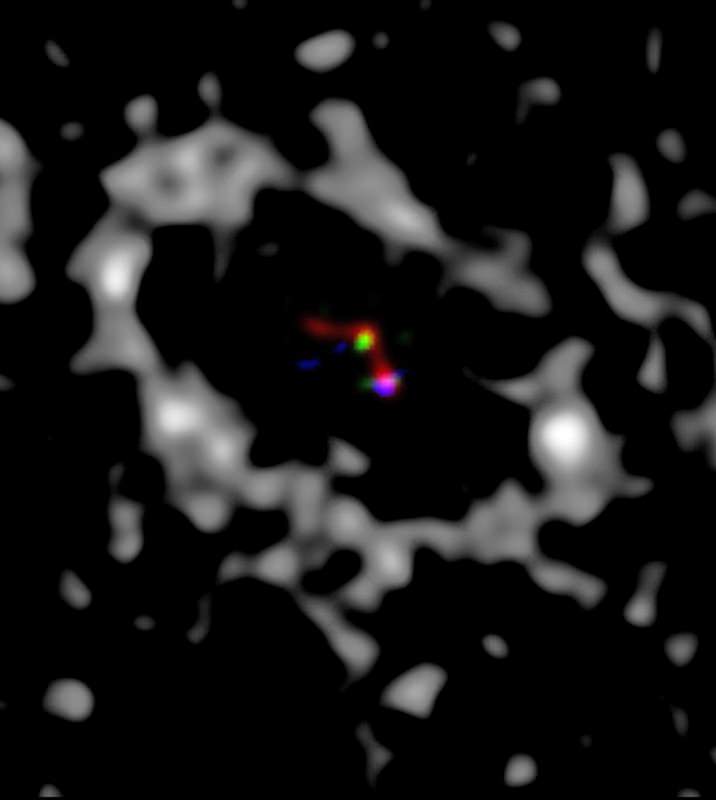 
"The team looked at the signatures these planets give off in two infrared wavelengths and one particular visible wavelength called H-alpha, which is emitted by glowing hydrogen gas. The innermost planet, LkCa 15 b, showed up in all wavelengths, and the H-alpha signal suggests that hot gas, at around 10,000 °C, is falling on to the planet as it grows. Planet c was only seen in infrared, suggesting it is sucking up less gas, while d only showed up faintly at one infrared wavelength, making it hard to draw any firm conclusions.


Bara-boggle
The reason Mike Bara won't be commenting on this is that it falsifies — yet again! — his favorite rubbish-theory of solar fission. According to that theory (originated by Tom Van Flandern, Mike's hero) planets don't form at all until their parent star is fully developed. Only then are planets flung off the fully-formed star, in pairs.

Mike, being no kind of a scientist, doesn't understand the theory well enough to know when there is or is not evidence for it. In the past, as this blog has commented, he has quite wrongly hailed the discovery of a single small exoplanet, plus the discovery of a contact binary, as evidence in favor. As I remarked to Mike's former manager Adrienne Loska, "It's like watching the Moon rise and remarking that this phenomenon supports the theory that there are really two moons. Sure, Adrienne, a second Moon could be along later, but until it appears, two-moon theorists are best advised to keep their cake-holes shut."