Mike Bara: Nothing to do, so let's make wild accusations

According to his tweetery yesterday, Mike Bara's Big Event of the Day was flea-bombing his condo in Kent WA. Enough to make anyone testy, I guess. And since Bara's normal state of mind is "aggressive and arrogant", it must have put him in attack mode.

The result was a blog-post listing 23 of his previous blog-posts in which, in his fantasies, he rebutted the claims of his critics successfully (usually with added insults.) A few of them concerned me, or were so-called rebuttals of my objections to the things this unqualified ex-draftsman has written or said. I guess my favorite is this one, in which he calls me "a demented nutbag" and "mentally unstable," and responds to my objection to a statement he made during a lecture in July 2008.

His original statement was that there is occult symbolism in the architecture near the intersection of 33rd St and Isis Ave in Hawthorne CA. I pointed out, first, that the "occult symbolism" is a compass rose in the forecourt of a very ordinary airport hotel, and second, that 33rd St and Isis Ave may once have intersected but they sure don't now, thanks to the Los Angeles County Metropolitan rail line that slashes right across the landscape at that point. 33rd St now dead-ends in a self-storage business. 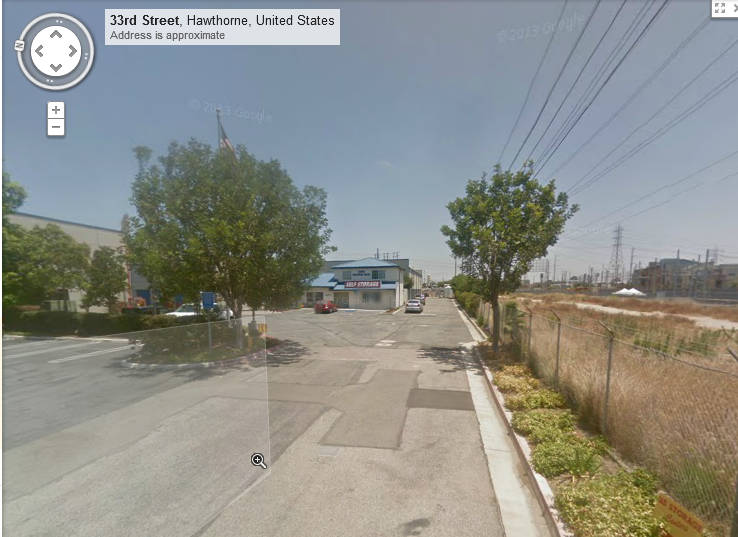 What makes Bara's "rebuttal" so hilarious is that he posts, as evidence that he's right, a Google map overlay which quite clearly shows that he's wrong. He draws the "intersection" right on top of a passing train, LOL. 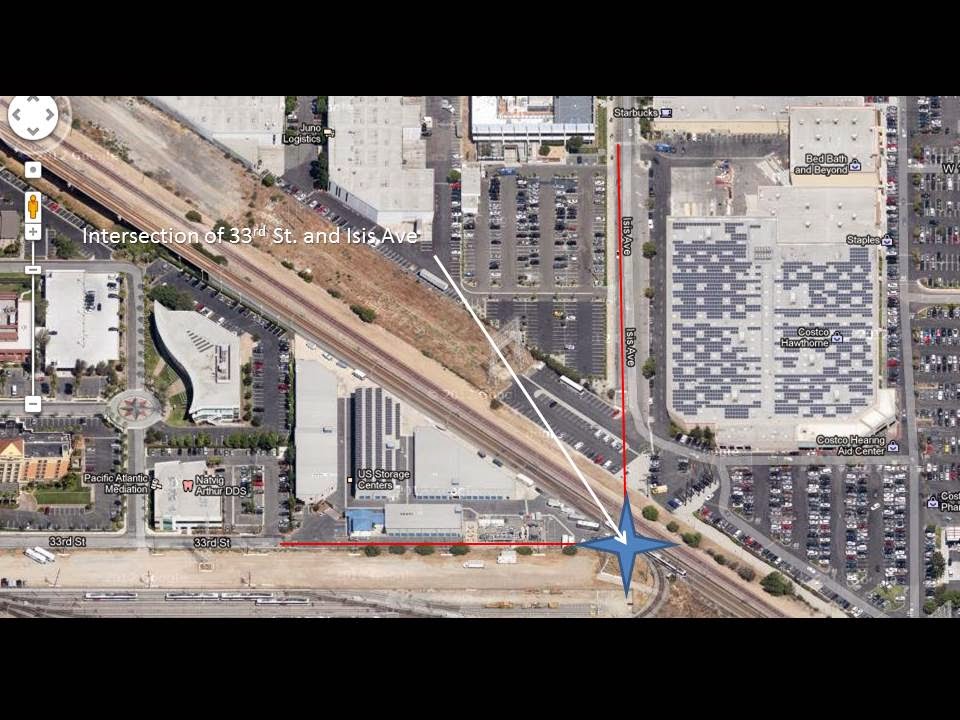 Not so funny
All very funny, today's internet joke. Much less funny, however, is the part of Bara's blog where he writes that his critics "sexually harassed my female friends and threatened me with physical violence." I once again challenge Mike Bara to provide examples of such messages and threats. I HAVE NEVER MADE THREATS against the Bara boys or anyone else.

On our side, we have evidence of sexual harassment and threats coming in the other direction. Mike Bara: PUT UP OR STFU.

You know, at one time I worked for an American company called SCI, which stands for "Space Craft Industries." They are based in Alabama. Although I worked at the facility in Irvine Scotland.

By Mike Bara's definition I must therefore also be a former card carrying member of the military industrial complex.

This is utter rubbish of course. I had no security clearance, I was not at any time party to any secret Yankee govt "stuff." Nor was I ever involved in any SCI projects which went "black."

I was however the senior engineer charged with SCSI development on storage systems designed for Hewlett Packard.

Now, that sounds like a big deal, but it isn't really. It's just a bloody job.

Mike Bara who wasn't even employed by Boeing, but rather as a contractor to Boeing - probably through an employment agency.

Yet this unschooled CAD/CAM technician describes himself as an "aeronautical engineer and jetliner designer, who was formerly a card carrying member of the military industrial complex." - Utter bullshit.

The self-aggrandising hubris of this individual is astonishing.

Bara is as much an engineer as I am a Mexican wrestler.

His scientific and engineering credentials are non existent. As are his morals and his humility.

No matter what he writes in books or blogs. It must be taken with the proverbial pinch of salt. He is a liar, a charlatan and a creepy misogynist.

@Binaryspellbook
Bara's as much an engineer as Hoagie is a space scientist. Hoagland turned a job in the NASA press office into being a consultant to the agency (like he was the go to guy on Apollo 13 or something), so Bara turning a temp agency job into being an engineer is hardly surprising. They have both inflated their pasts to gain some authority on subjects neither is really qualified to talk about. The irony is that both have a habit of attacking critics for their (the critics) lack of credentials.

The version I heard was that, on the basis of his writings in "Sky and Telescope," he was contracted to write documentation for the Orbiting Astronomical Observatory project. What I also heard was that he never actually turned in an acceptable job.

Hoagland failing to complete a project? Surely not....


Yeah, I'm shocked too. The thing is, he's out there pretending he's Mr. Science based on the fact that he did some technical writing for NASA that may not have even seen print. He uses the term consultant as if he was doing science for them.

It's that air of pseudo-expertise (that Bara shares with him) that really irritated me when he was on his FB page. I'd read the condescending replies he'd give those who challenged him and think about the irony of a guy who didn't get past high school talking about the lack of credentials of others. It was laughable and aggravating at the same time.

The truth of the matter is that Hoagland (and Bara for that matter) doesn't have access to any knowledge that the rest of us don't have access to. Nothing he could say (that's factual and not from his imagination) about any subject related to science could not be found on the Internet with just a little effort.
In fact, it's that easy access to real knowledge that has caused him (and a number of others in the woo field) much grief. Thanks to people like expat and Dr. Robbins, he knows he can't get completely away with his BS.

It's a constant em-Bara-ssment I tell you.