Congratulations to the crack teams at JPL. InSight landed dead on time in Elysium Planitia and appears healthy so far. It's the first Mars lander equipped to monitor heat flow from the planet's interior. 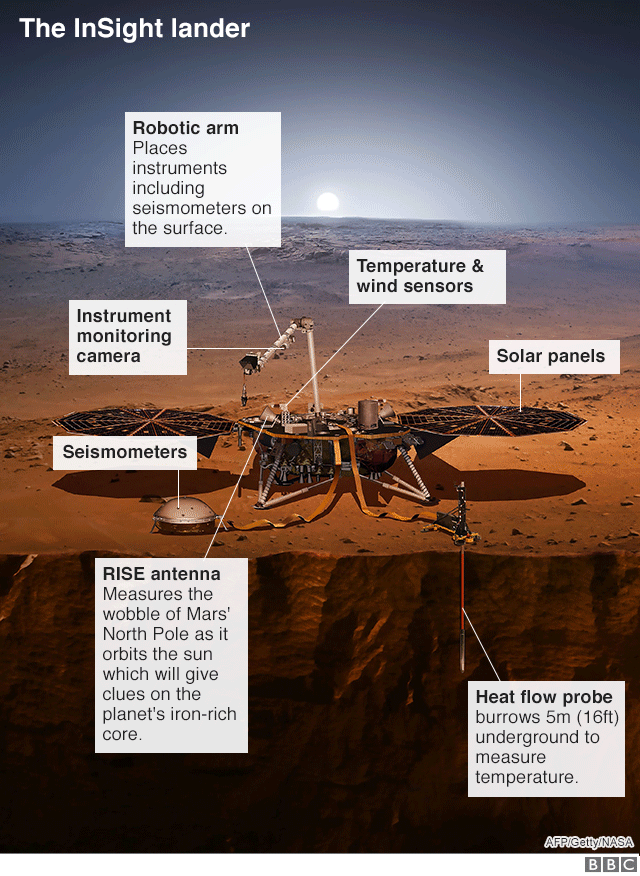 I wonder what Maurice Cotterell thinks about it. He's the crackpot who maintains that Earth-based engineers and scientists can't design a successful Mars landing sequence because they don't understand the influence of centrifugal force. He says he can prove it, but when I looked at his data, guess what? It was outrageously faked.

Update: What we have here is a failure of communication
Meanwhile, over at Keith Laney's Hidden Mission Forum, the rednecks were predictably peddling their sourest of sour grapes. After congratulating JPL for a brilliant landing, "Vianova" set finger to keyboard and produced this piece of trash text:


"From there the research scientists that have cornered the funding, fail the NASA Good Guys and the public, with bullshit science research,
ie,
they aren't looking for -- Current Life -- they are looking only for ancient indicators of life.Those scientists, are NASA UNDERWORLD vampires, they monopolize the funding into nonsense science, geared only to facilitate Planetary Protection Guidelines."


This mission is not intended or equipped to look for life, either contemporary or ancient.
at 3:19 PM

I watched it live. The smatterings of applause at each key stage announcement seemed a little forced at times, but tje ekation as touchdown was confirmed was obvious and genuine. I look forward to a whole new slew of 'anomaly' findings from the usual suspects.

Well, the denials are all over social media already - it's the Arizona desert, it's Greenland, it's Mexico, etc. There are some who just cannot come to terms with the fact that space exists outside their precious 'firmament', and that other planets have indeed been successfully visited.

Yes, and of course all the NASA haters are already complaining about the color of the sky.

"Yes, and of course all the NASA haters are already complaining about the color of the sky."

Is this a scientific assessment or simple stupidity lashing out at something that is/was actually true.
They [nasa] actually for years used filters in order to create the illusion that on Mars everything looks a bit red/orange.
For some reason they [nasa] came to their scientific senses and stopped this ludicrous nonsense of making it look orange.

Yes...today there is little to no reason complaining about the color of the sky on Mars....But the way you make it sound...really

« They [nasa] actually for years used filters in order to create the illusion that on Mars everything looks a bit red/orange. »

Totally untrue. That's the NASA haters' accusation, based on an incident in the JPL press room 42 years ago. The ground on Mars is rust-colored due to a high concentration of iron oxide. The sky color is highly dependent on meteorological conditions. When there's a lot of dust in the atmosphere, the sky indeed tends to that same rust color. Moisture makes the sky quite pale. Jim Bell, in his book "Postcards from Mars", chooses the word butterscotch to describe a "normal" Martian sky. He writes at some length about the efforts made in good faith by JPL experts to release photography that tells a true story.

My go-to guy on this question is Don Davis, who has also written about it. Please read that page.

No filters to create the illusion that on Mars everything looks a bit red/orange. PLEASE read Don Davis's page.