This week, on the FarceBook, Robert Morningstar described himself as an investigative journalist. I had a good laugh over that.


A scene that has not yet happened...
[Cue the Harp arpeggios...]

- "Come in Mr. Morningstar, take a seat. So, you want a job as investigative journalist, and you say you have lots of experience?"

- "That's right, I've been doing it for twenty years and my intuition is great."

- "What we're really looking for is facts, rather than intuition. What kind of stories have you investigated?"

- "Paranormal phenomena mostly, anomalies on the Moon and Mars, that kind of thing."

- "Well, I investigated the Apollo 20 crashed alien spaceship on the far side of the Moon."

- "But you were wrong about that, weren't you? Examination of the high-definition image from Lunar Reconnaissance Orbiter shows that this is just a 10km long natural depression, cratered to the same extent as its surroundings. 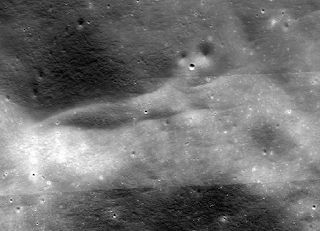 -  "I investigated what are obviously hangars for alien spaceships in Mare Imbrium." 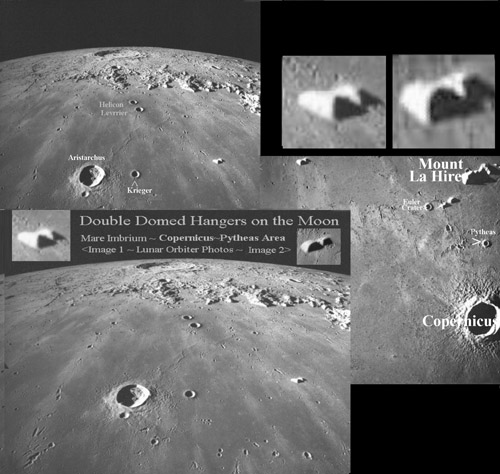 - "Those "hangars" (and by the way you mis-spelled them as hangers in your report) are about 8km wide. Even in lunar gravity, an unsupported roof 8km wide is impossible. Here's a link to the LRO image. Your "hangars" are the two knobby hills at 24.06°W, 19.87°N. Zoom in as far as you like, see if you think there are any UFOs in there. Just like the "crashed spaceship," the hangar roofs are cratered just like all the surrounding terrain. You also said in your report that the image that shows them, AS17-M-2444, is from Lunar Orbiter. In fact, it's from the Apollo 17 Mapping camera. I see, too, that in your report you labeled seven craters in Mare Imbrium and got all seven wrong. We expect better accuracy that that."

- "One of my greatest revelations was of a space station in lunar orbit. I call it "Station Luna" and I have calculated that it must be 166 miles wide." - "You are wrong about that. The image that shows it, AS10-28-3988, is of an 18-inch piece of mylar insulation that broke away as the Apollo 10 LM separated from the CM. John Young took several shots of it because he was slightly concerned that it was a hazard. Anything in lunar orbit 166 miles wide would be extremely obvious to every astronomer on Earth. This thing cannot be permanently hidden behind the Moon because a selenosynchronous orbit is an impossibility."

- "I investigated an anomaly on Mars that I called TMA-1. The investigation took five months. Finally I published this in UFO Digest: "TMA-1 clearly appears to be an intelligently conceived and designed form.. If so, this alone, of course, would indicate (and prove) the presence or ,more likely, the previous existence of intelligent life on the Red Planet. … I now believe that this artifact, TMA-1, may be a "Time Capsule", or the remnant of a larger one, intended to call attention to the region or, perhaps, to record the circumstances or forces, which caused a cataclysm that destroyed Mars' once Earth-like ecosystem." 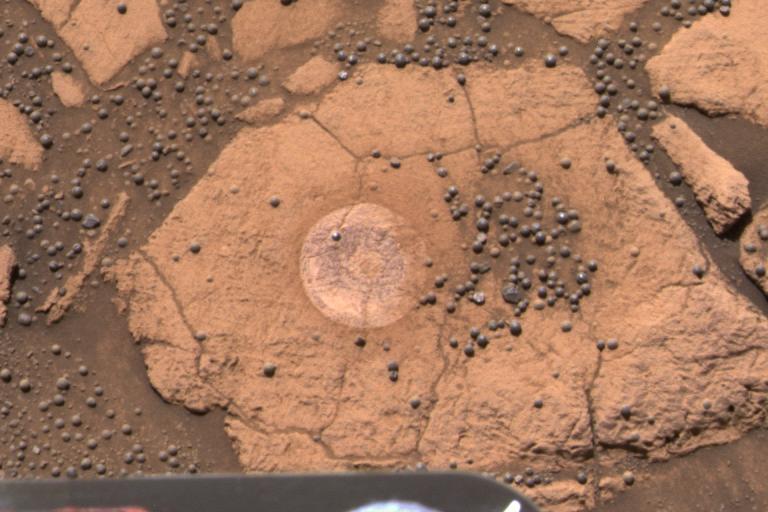 - "You are wrong about that. The "anomaly" is "Astronomy Picture of the Day (APOD)" on 5 April 2004. It shows the mark made by the Opportunity rover's Rock Abrasion Tool. What took you five months?"

- "When you have the world-class intuition I have, you need to be certain. It took me a long time to conclude that AS17-M-2366 shows a 10-mile high clock tower on the Moon. I call it "Big Ben on the Moon."

- "You are wrong about that, too. The version of AS17-M-2366 you analyzed was a preliminary rough, containing scanner lint. In the next frame in series, AS17-M-2367, the lint you call "Big Ben" has migrated off to the right. 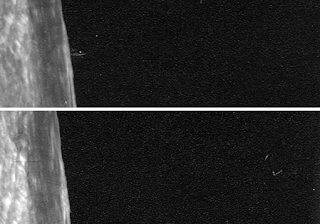 Moreover, the technique you used in what you call your investigation—pointing a digital camera at your computer monitor—is highly unprofessional. If you worked for us we would not put up with utter bullshit like that. Anything else?"

- "My intuition has led me to many inexplicable anomalies that NASA has obviously covered up. But those are perhaps my best work."

- "Well, Mr. Morningstar, thank you for coming in today. Be sure to let us know if you ever get anything right. We may offer you the position in the event that all the other applicants are even more incompetent than you. My assistant will show you out."
at 10:43 AM

"The "anomaly" is "Astronomy Picture of the Day (APOD)" on 5 April 2004. It shows the mark made by the Opportunity rover's Rock Abrasion Tool."

Far more interesting are the "berries" featured in the image.

Do you buy the NASA "dirty water" explanation?

Clearly, at least one is partly buried in the rock on which it is seen. Do you have an explanation for that?

Robert Morningstar makes a lot of claims it seems. In the photos that accompany last nights Coast to Coast nonsense (i checked in because they claimed to have found an ancient NASA photo of the moon) there are some images where he claims to have discovered a 'Crystal City' in 2007 in an Apollo image - an image he doesn't identify.

Look familiar to anyone?

... "Well, Mr. Morningstar, thank you for coming in today. We may offer you the position in the event that all the other applicants are even more incompetent than you. My assistant will show you out."

"Right, who's next, who's neeext... ah here we are, Mr Bara is here for the physics professorship. Please show him in. Ah, Mr Bara, please take a seat. I must say I was intrigued by your... let's call them bold... ideas on oceanic and lunar light reflection. And your invigorating new calculations for Martian orbits are quiiite the read. Nooo, it's okay, you might as well leave your jacket on..."

I realised I'd got the name wrong after I posted! Interestingly there is a subtle difference between Morningstar's image that he claims to have discovered in 2007 (2 years before the LRO image was taken!) and Bara's version - Morningstar's is flipped horizontally as well as upside down.

Two Apollo missions overflew Marius crater (Apollo 12 and 17), but neither of them photographed it in any kind of detail so it would be interesting to see which one he is claiming it's from. Here's the best Apollo 12 has to offer: